Stratford-upon-Avon: Two Gallant Airmen of the Great War Remembered in Shakespeare’s Place of Worship and in Flanders Fields 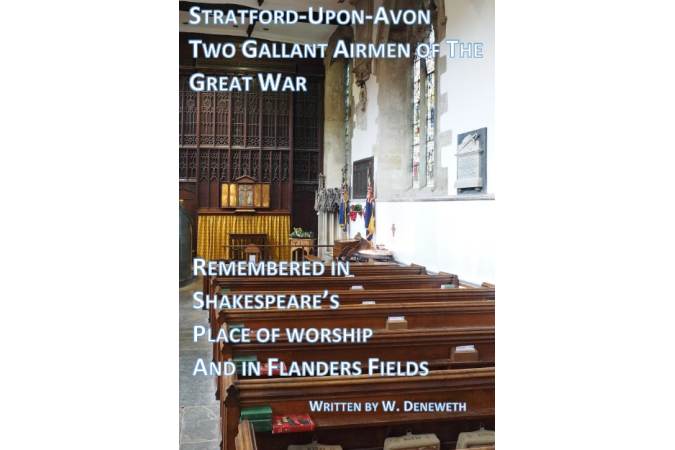 The Holy Trinity Church in Stratford-Upon-Avon has only a few references to the Great War within its walls.

However, on the south aisle wall of the Holy Trinity Church, a rather special monument dedicated to two airmen of the Great War stands out.

In the fields of Flanders, their gallantry was remembered in an extraordinary manner by their foes, and remains irrevocably linked to this historic emblem in Shakespeare’s church.

Their unique story is retold here. It illustrates war’s tragedy, chivalry of airborne combat and sombre and grateful remembrance for these heroes in this special setting.

This brochure is an excerpt from the book Oostkamp en Hertsberge in de Eerste Wereldoorlog (Oostkamp and Hertsberge in the First World War).